SolarMio > Questions > Where Does Fossil Fuel Come from? 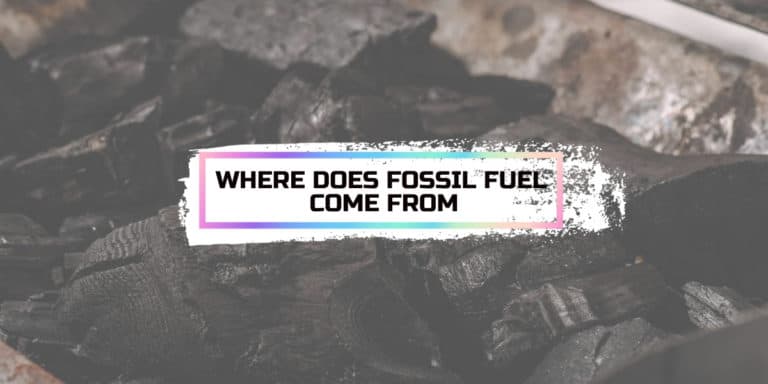 In recent years, there has been a lot of noise around moving from energy generated through fossil fuels to renewable energy. Elon Musk's Tesla has played a huge role in making the transformation possible. They are pushing electric cars forward so that we can wholly get rid of fuel emissions. On top of that, the thriving car manufacturer has also been installing solar tiles in homes to promote the use of renewable energy.

China recently did a crackdown on bitcoin miners as they were consuming a lot of energy that was not renewable. Not just China, environmentalists from around the world are betting against the proof of work methodology. Elon Musk, himself, whose own company (Tesla) currently holds $1.5 billion worth of bitcoins criticized bitcoin for its high energy consumption, and stopped his company from accepting the digital currency for payments.

In response to this, many bitcoin miners are moving to renewable sources of energy to run their advanced machines. While most miners are adopting solar technology as it is the easiest to install and use, some are also looking for hydel solutions. To pave its way for mining bitcoins through clean energy. El Salvador, a state which accepted bitcoin as a legal tender, looked towards their volcanoes for generating clean energy.

To learn more about the origin of fossil fuels, we will have to go a few million years back. And bust all the myths you might have heard about fossil fuel. The first myth that most people believe in is that dinosaurs are the reason why we have fossil fuel right now. However, this is not true at all. Fossil fuels existed when dinosaurs roamed on the face of the earth. So, historically how fossil fuels ended up on our planet might be boggling in your mind? Well, plants are primarily the reason why we can run our gas-guzzling cars today. Plants store the solar energy generated from the sun in their leaves, and when these plants die out. They get buried into the ground, and in an ideal environment turn into oil and other fossil fuels after many many years. Next time someone tells you the BS story that dinosaurs are the reason why we have fossil fuel today, do not believe them. With that said corpses of dead animals and humans turn into fossil fuels over time too under favorable conditions.

Where does oil come from

Petroleum oil that we usually use to run our cars and several other machines come from deep underground. A lot of digging is done to get to oil reserves. And, also petroleum reserves are scarce and hard to find, that is mainly the reason why oil is such a valuable resource. As to the origin of oil, it came into existence millions of years after a species named ' plankton ' that lived in the ocean died and sank to the bottom.

How is oil extracted?

In the last segment, I said that there is a lot of digging involved in extracting oil. But, that was just to oversimplify things. Here, I am going to discuss in detail the different processes that are carried out for extracting oil. The commonly used method is fracking. In this process, chemicals, water, and sand are injected into the ground to extract oil and gases. Other methods are thermal recovery, and gas injection.

Various chemicals are involved in all of these processes which are not good for the environment.

Why fossil fuels are bad for the environment

Many people do not get why environmentalists keep urging them to stop using fossil fuels and move to better alternatives. They think that this is just another fad corporations are using to make more money. However, the reality is different. Here is how fossil fuels are killing the earth. First of all, the petroleum oil that you use in your car produces emissions that are extremely not healthy for breathing and pollute the air everywhere you go. And, the energy that you use in your home is generated after burning tons of coal, all the carbon emissions released during the burning of coal will slowly make the environment unliveable. These are just two examples of how using fossil fuels is gradually destroying our environment. Ask yourself if you still want to continue using fossil fuels knowing the damage that it causes.

Now that you know the negative effects of using fossil fuels, here are some alternatives to fossil fuels that you can use in your day-to-day life to play your part in saving mother earth.

Windmills are a great alternative to fossil fuels as well, but since it is not feasible for everyone to install gigantic wind turbines in their homes. Solar panels are a much safer option. You can install solar panels in your home and move off-grid and generate your own electricity. In this way, you would be able to extract clean energy from the sun and not contribute to fuel emissions.

What is the main source of fossil fuels?

What are the four types of fossil fuels?

Why is coal bad for the environment?

Is carbon a fossil fuel?

Which fossil fuel poses risks to the environment?

Does oil come from dinosaurs?

Are combustion engine cars bad for the environment?

What fossil fuel is petrol made from?

Where does oil come from?

It is best to shift towards renewable energy sources as they speak of sustainability. Since you can probably extract energy from water, sun, and wind forever. On the other hand, fossil fuels are limited and we are running out of them fast. And, soon we will have none. So it is better to make a shift towards better sources of energy before this happens.